Navigate to 'omniMarketer \ Campaigns' for an overview of each campaign, its sending status and performance trends.

You can use 'Status' to filter campaigns based on their status. 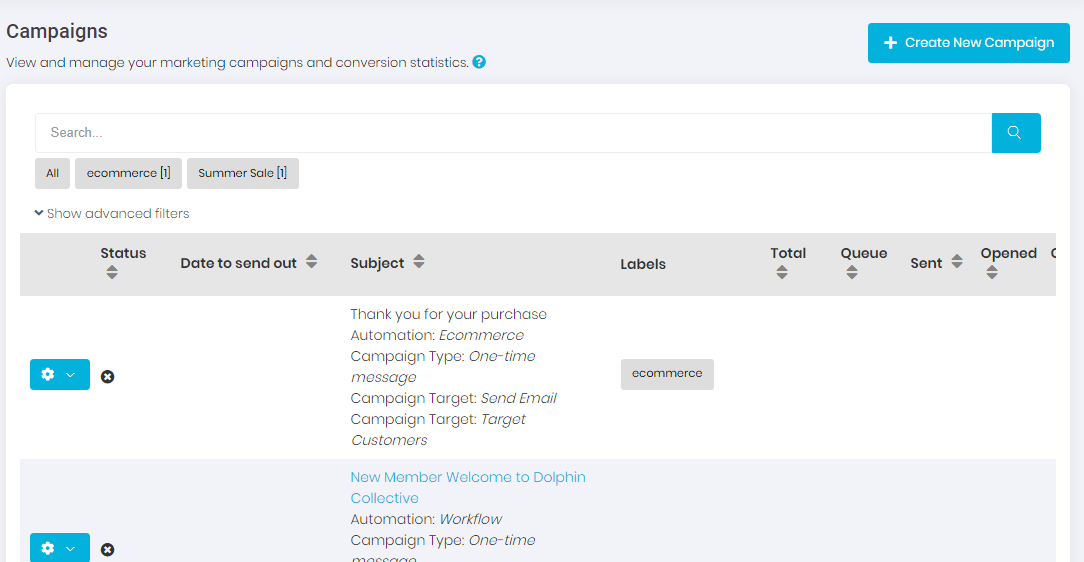 For each campaign, if campaign has any data collected and was run, it will have performance statistics like total contacts from segmentation, messages in queue, total messages sent, open rate, and more.