The pass’s style determines the overall visual appearance of the pass and the template for placement of information on the pass. The most distinctive visual indication of the style is at the top edge of the pass. Event tickets have a small cutout, coupons have a perforated edge, and so on.

The pass style determines the maximum number of fields that can appear on the front of a pass:

Note: Do not include more fields than are displayed on the front of your pass. Although additional fields may not be shown today, layouts may change in the future, and you would not want a previously hidden field to suddenly become visible to users.

Layout of a boarding pass 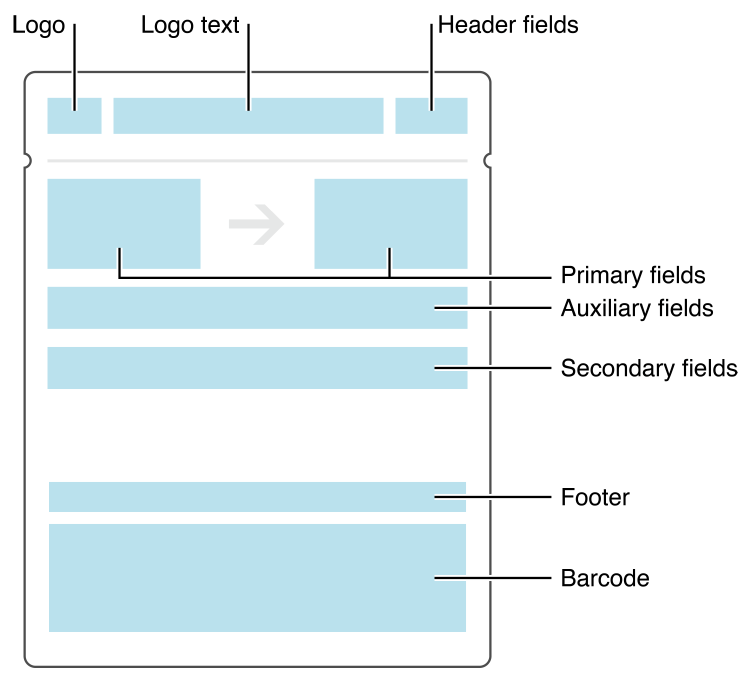 Layout of a coupon 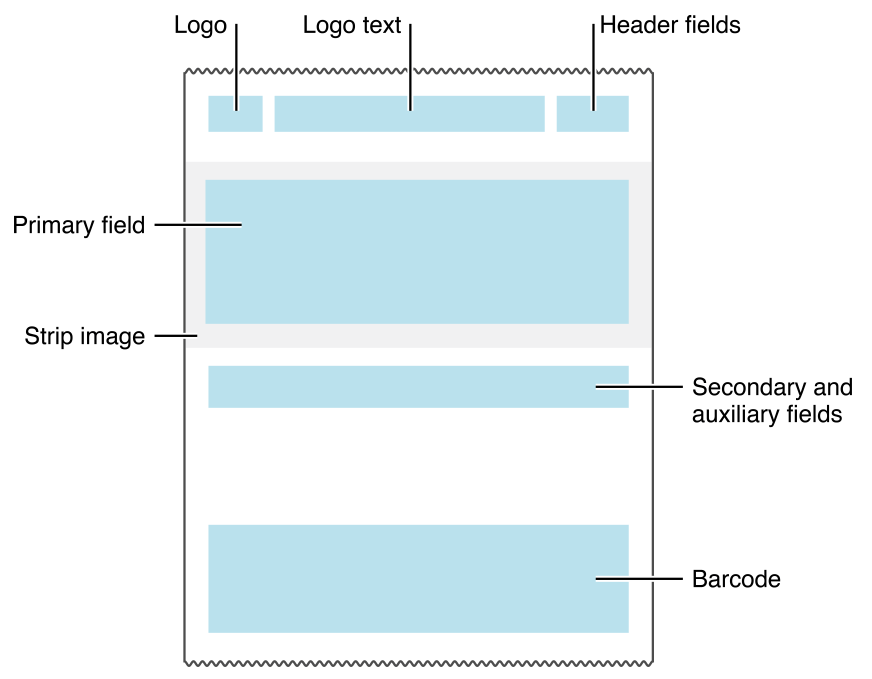 Layout of an event ticket 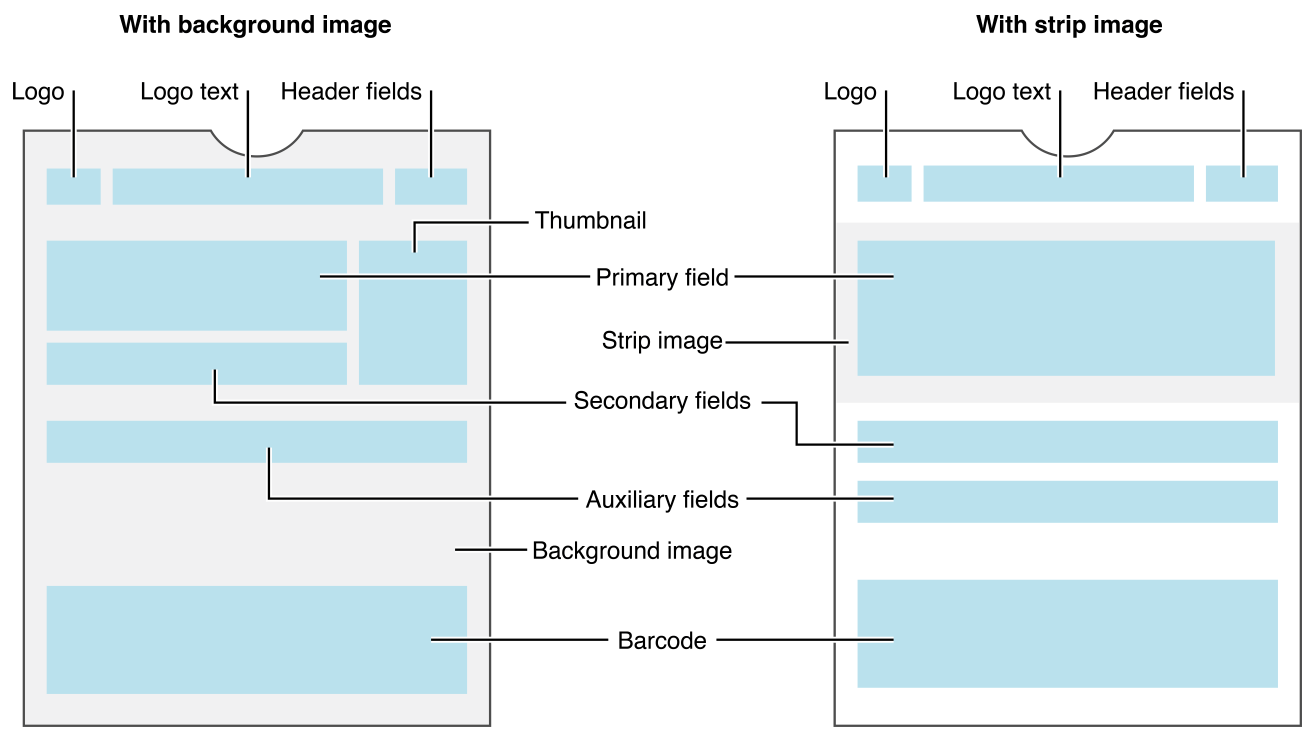 Layout of a generic pass 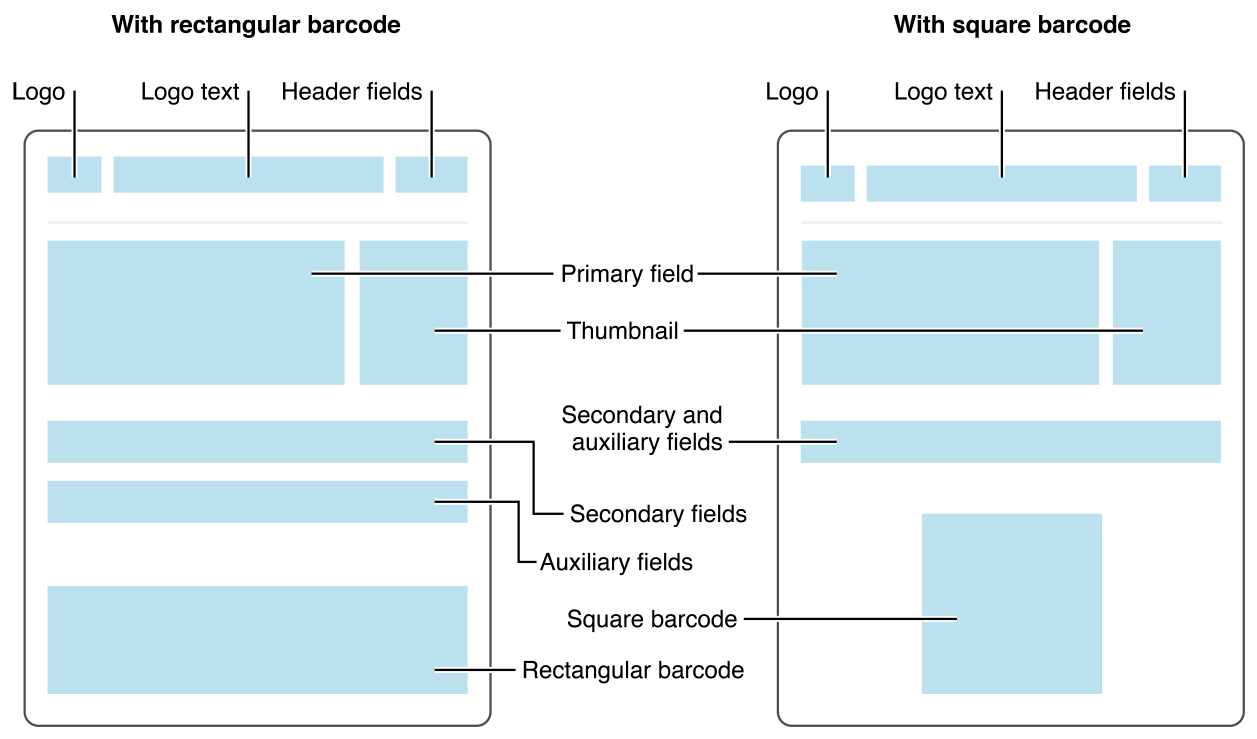 Layout of a store card 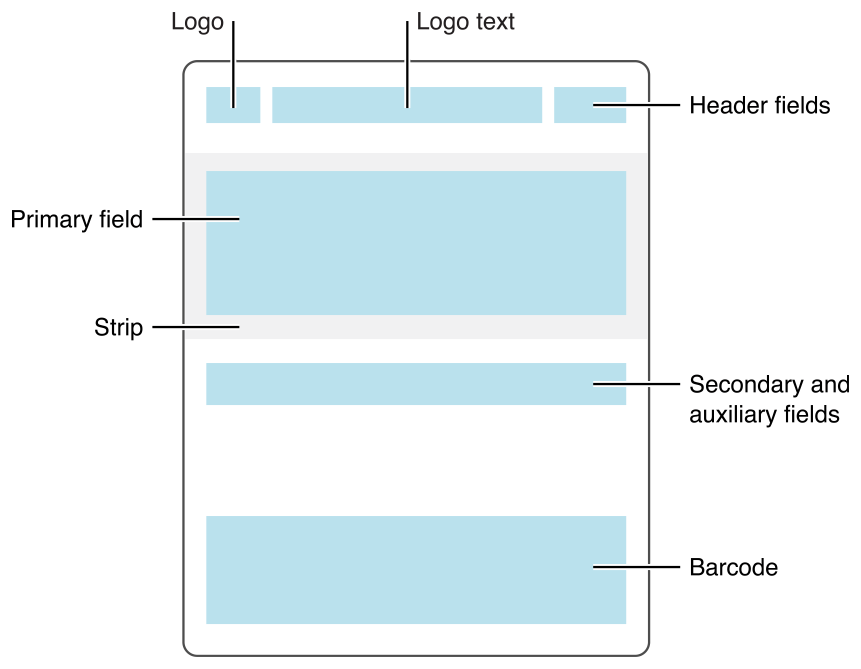 Even if you’re not creating watch-specific apps, users can add any passes you create to their Apple Watch. So you need to understand how Apple Watch handles passes, in order to create passes that function properly on both iPhone and Apple Watch.

Apple Watch presents a subset of the information available on iPhone. The following items are not available:

When laying out coupon, event ticket, store card, or generic passes, Apple Watch performs the following steps. If a pass does not provide (or does not support) a particular item, that item is skipped.

Future-proof your pass design by avoiding layout tricks, such as padding images with whitespace. While these techniques may let you fine-tune the pass’s appearance, they rely on implementation details that may change in future releases.

Users interact with notifications differently on iPhone and on Apple Watch.